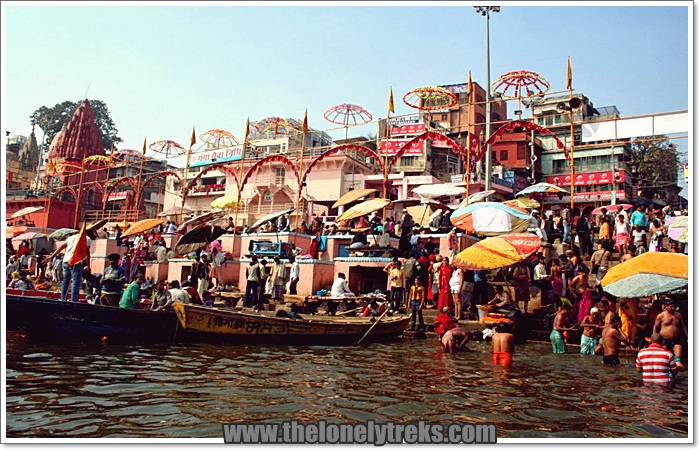 After our visit to the Mahakumbh Mela, the three of us friends decided to visit Varanasi. Varanasi is only 120 km from Prayagraj (Allahabad). We took a local bus and returned the same day to Allahabad after visiting the holy city.

Varanasi, the Holiest of the Cities in India 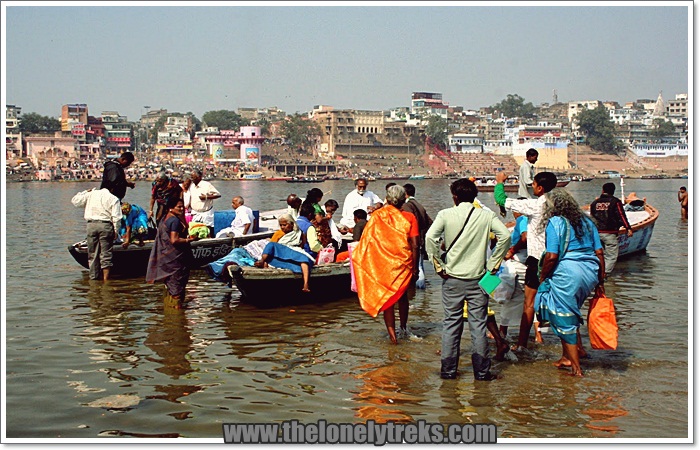 Varanasi is also known as Banaras, Benares, located on the banks of the river Ganges is a holy Hindu city in the Indian State of Uttar Pradesh. For thousands of years, Hindus have gathered on the shores of the holy river Ganges in Varanasi. Its ancient name is Kashi (the place of Lord Shiva). It is believed that the city was founded by the Hindu deity Lord Shiva himself. It is a city older than Babylon, Athens, and Rome. In ancient times, it was a great trading center. 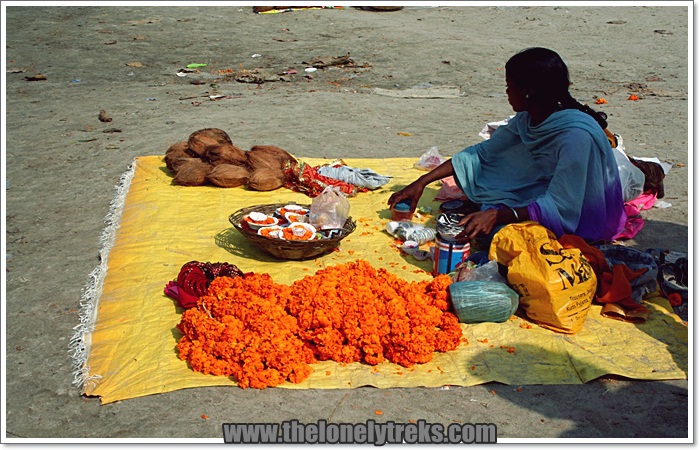 Thousands of pilgrims from all over the country and abroad make it a point to visit Varanasi or Kashi. Its waterfront is dominated by stretches of long stone ghats. Worshipers flock to Varanasi to perform the ritual of bathing in the sacred waters of the Ganges River. Hindus believe that when you die in Varanasi, you are freed from the circle of birth and death. You attain instant salvation “Moksha”. Therefore it is the holiest of the pilgrimages “tirthas” among the sacred seven cities. Widows and the elderly come here to live out their final days, finding shelter in temples, assisted by alms from the faithful. It has maintained its religious life for hundreds of years in a continuous fashion.

Destruction of the Temples of Varanasi by Moslem Invaders

Varanasi is also known as “the city of temples” as there are thousands of temples in Varanasi. Unfortunately, most of them were plundered and destroyed by Muslim invaders starting with Muhammad Ghori. In 1194, the city further succumbed to Turkish Muslim rule under Qutubuddin Aibak who ordered the destruction of thousands of temples in the city. The city went into abysmal decline during the three centuries of Muslim occupation. Then again the Moslem invader Feroz Shah ordered further destruction of Hindu temples in the Varanasi area in 1376. The Afghan ruler Sikander Lodhi continued the suppression of Hinduism in the city and destroyed most of the remaining older temples in 1496.

Cultural Revival of Varanasi under Akbar 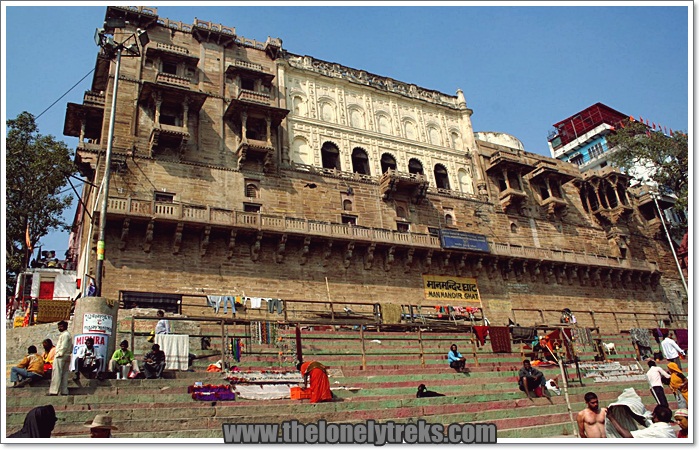 Varanasi experienced a cultural revival under the Mughal emperor Akbar in the 16th century. Akbar invested in the city and built two large temples dedicated to Lord Shiva and Lord Vishnu. The Raja of Poona established the Annapurnamandir and the 200 meters (660 ft) Akbari Bridge was also completed during this period. Most of today’s temples and religious institutions date to the eighteenth century. However, the most famous of them the ancient Kashi Vishwanath Temple of Shiva has endured to this day. You can see long serpentine queues of devotees standing for hours since early morning for darshan. Unfortunately, today the entire temple complex is surrounded by shops and other commercial establishments catering to the pilgrims and thriving due to them.

Varanasi the Spiritual Capital of India 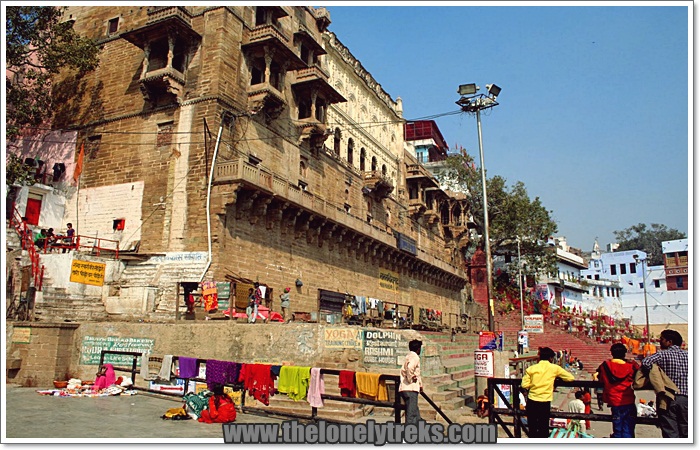 Varanasi is considered the spiritual capital of India. It is also referred to as “the city of temples”, “the holiest city of India”, “the city of learning” and the “oldest living city on earth”.