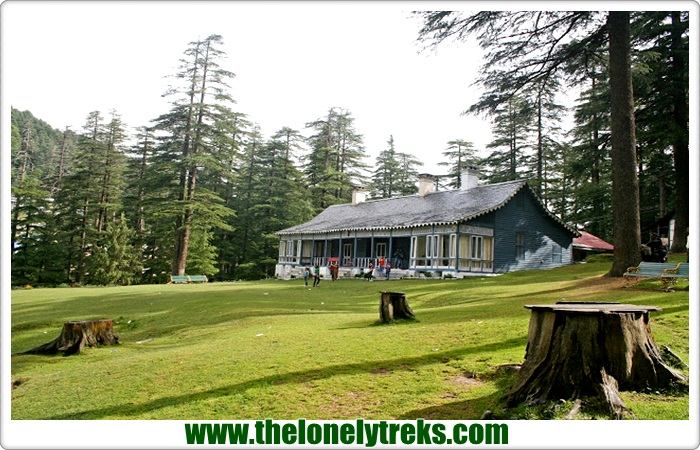 Dalhousie, a beautiful hill station in Himachal Pradesh was established in 1854 by the British Empire. It was meant as a summer retreat for the Military and the Civil Bureaucrats of the British. Located on the western edge of the Dhauladhar mountain range of the Himalayas, the entire town is built on adjacent 5 hills, surrounded by snow-capped peaks. Dalhousie is situated on a height of 6,000 and 9,000 feet (2,700 m) above sea level.

Dalhousie is the Gateway to Chamba

Dalhousie is a gateway to the ancient Chamba Hill State, now Chamba District of the state of Himachal Pradesh of India. This hill region is a repository of ancient Hindu culture, art, temples, and handicrafts preserved under the longest-running single dynasty since the mid-6th century. Chamba is the hub of this culture. Bharmour, the ancient capital of this kingdom, is home to the Gaddi and Gujjar tribes and has 84 ancient temples dating from the 7th10th century AD.

About 24 km from Dalhousie, is the picturesque plateau of Khajjiar, which is lovingly known as Mini-Switzerland. While one is traveling to Khajjiar from Dalhousie, an ideal halt is at Kalatop. It is famous for the wildlife sanctuary. One can go for a small trek to Kalatop from Lakkar Bazar, on the way to Khajjiar. This small trek of just 2 kms through the Kalatop jungles is an easy one which even children and old people can undertake.

The trip from Dalhousie to Khajjiar is an adventure trip. Khajjiar sits on a small plateau with a small stream-fed lake in the middle that has been covered over with weeds. The hill station is surrounded by green meadows and dense forests. It is about 6,500 feet (2,000 m) above sea level in the foothills of the Dhauladhar ranges of the Western Himalayas and snowy peaks can be seen in the distance. It is part of the Kalatop Khajjiar Sanctuary. Khajjiar is an exceptionally beautiful place that is situated at a height of 6,500 feet above sea level. It is a small tourist resort at Chamba in Himachal Pradesh. Nestled in the foothills of the Dhauladhar Ranges, the stunningly beautiful Khajjiar is a blessing for all tourists in Dalhousie. Khajjiar is a saucer shaped plateau that provides a breathtaking scene.

Just like all hill stations in Himachal Pradesh, the best time to visit Dalhousie and enjoy the natural beauty is during the summer months starting from May to October, though one can also visit during winters.

How to Reach Dalhousie

Reach Dalhousie By Air
The nearest airport is in Kangra (Gaggal) at a distance of 135 km. The other major airports are in Jammu (210 km) and Amritsar 220 km.

Reach Dalhousie By Rail
The nearest railway station to Dalhousie and Chamba is at Pathankot at a distance of 120 to 150 km.

How to reach Dalhousie By Road

We were five families who went on a weekend trip to Dalhousie and Khajjiar. From Delhi we took a train to Pathankot and from thence through taxi we reached the picturesque beautiful hill station of Dalhousie. These are some of the pictures taken during a family trip with friends to Dalhousie, Kalatop and Khajjiar. We stayed 2 days in Dalhousie and 2 days at Jhajjiar. To enjoy the natural beauty of Khajjiar it is a must that you stay at Khajjair. Another memorable highlight of the trip was a trek by few of us menfolk from Kalatop to Khajjiar passing through dense forest, while others drove straight to Khajjiar.