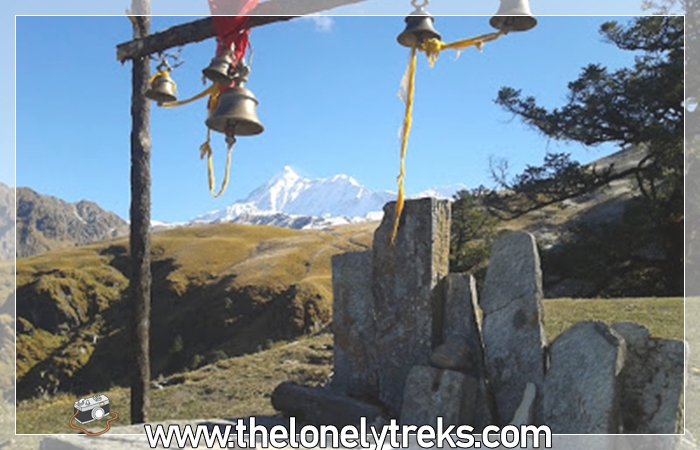 A quick Glance at Roopkund Trekking

Where is the Roopkund Lake

The Roop Kund Lake is situated in eastern part of Chamoli district, Uttrakhand (UK) in the lap of Mount Trishul Massif, which is 7122 mtrs. The lake at a height of 5029 (16500 ft) mtrs, though not a very large lake is rather shallow having a depth of only about 2 mtrs. The edges of the lakes remains covered with snow for most part of the year. When the snow melts during summers, one can see human and equine skeletons. It is said that about 300 people died about 500-600 years ago. There are many theories to explain the findings but none which can satisfactorily unlock the mystery surrounding the area. Therefore, the lake is also known as Mystery Lake.

The cause behind the mass grave at Roopkund remained a mystery until 2004 when additional research, spurred on by a National Geographic Society documentary unearthed new facts about the skeleton lake. It was found that the remains were not only much older than originally thought, dating from 850 AD to be more exact, but also that the all the deceased individuals had been victims of a massive and obviously deadly hail storm.

Riddles of the Dead: skeleton lake

DNA evidence also indicated that there were two distinct groups of people, one a family or a tribe of closely related individuals, and a second smaller, shorter group of locals, who were likely hired as porters and guides. Later on things like spears, leather shoes, rings and bamboo staves were also found. On this basis Experts believed that the group might have comprised of pilgrims heading through the valley with the help of the locals.

The skulls found here were in fractured position. Experts believed that this was caused because of a heavy hailstorm with hailstones of the size of cricket balls. In such a scenario, the unlucky lot at this lake would have had little or no shelter from this epic storm and most would have succumbed quickly. What is still unclear and perplexing is that why such a large group came to be in this desolate corner of the Himalayas. Roopkund Lake is neither even remotely near any trade routes nor is historically known for being a site of religious pilgrimage. However, today Roopkund lake is a famous trekking destination visited only by groups of hardy trekkers, both Indian and Foreigners.

On the way to Roopkund is a beautiful alpine meadow called Bedni Bugyal. Here a religious festival is held every autumn with people from nearby villages participating. Though this is an annual festival, however, a larger celebration, takes place at Roopkund, which is called the Nanda Devi Raj Jat and it is held once every 12 years. This fair is held for three long weeks. During this long Nanda Devi Raj Jat, people from the entire Garhwal and Kuman areas as well as from other parts of the country come and participate in this Yatra. The Nanda Devi Jaat starts from a village near Karnprayag and goes up to the heights of Roopkund and even Homekund, another lake. A four horned sheep is taken during this Jaat and after the havan yagna is over, the sheep is freed with decorated ornaments, food and clothings. Other offerings are also given.

The Delhi branch of the YHAI has been organising trekking expeditions to various places in Himachal, Uttrakhand and other places. One of its most popular treks used to be the Rooopkund Trekking Expedition, though discontinued for some reason. I was part of the team when the trek to Roopkund was organised in the year 2012 from 07 Oct to 15 Oct 2012. We were in all a group of 24 participants under the able guidance and leadership of Shri SS Heera, a veteran trekker.

This was the itinerary which we followed.

A couple of days before we proceeded on this expedition, a detailed briefing was given by Shri SS Heera and all the participants got to know each other.

Day 1. Delhi to Rishikesh. Night stay in Rishikesh.
Day 2. Rishikesh to Wan, passing through Srinagar, Devprayag, Rudraprayag, Karnprayag, Lohagunj and finally Wan. Night camp at Wan.
Day 3. Stay at Wan and Acclimatization Walk. This is very important in every trekking expeditions. You should spend at least 2 days at the base camp for this activity to get acclimatised and tuned.
Day 4. Wan to Bedni Bugyal. Bedni is a very beautiful campsite with beautiful meadows and fantastic view of peaks all around. You feel like spending a few days here. Night halt at Bedni.
Day 5. Bedni Bugyal to Bhagubasha. Bagubasha is another beautiful and fantastic place but very cold and windy. During night the temperatures here plummet so drastically. Night halt was at Bhaghubasha.
Day 6. Bhagubhasha to Roopkund and back to Bedni Bugyal. Night Halt at Bedni Bugyal.
Day 7. Bedni Bugyal to Wan. Night at Wan.
Day 8. Wan to Rishikesh. From Rishikesh to Delhi by overnight bus.

Roop kund trek is considered moderate to difficult trek. Everyone including the ladies did this trek fairly without much difficulty.

Some Essential Gadgets and Gears for Roopkund Trek