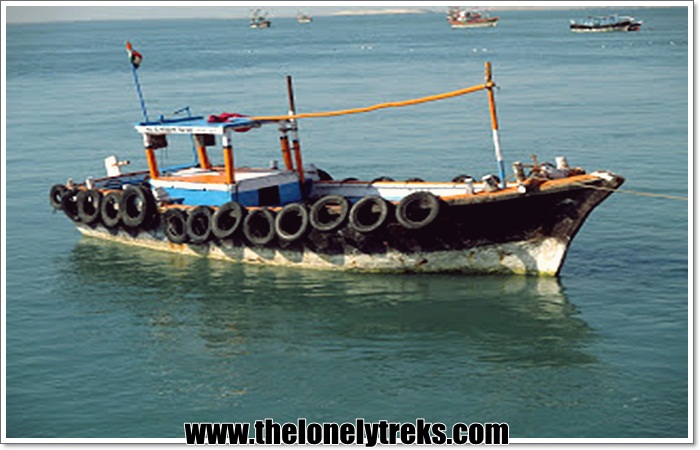 The Gujarat tour was planned in the month of Feb-Mar 2016.  I was part of a group of people who just wanted to see Gujarat so here we are after watching several times the tempting advertisement of the Gujarat Tourism with Amitabh Bachhan asking people “Kuch Din to Gujaro Gujarat Mein (come and spend few days in Gujarat)”.   When I finally landed here, I really enjoyed my stay here and felt proud to be a citizen of such a wonderful country with people so diverse in their language, food and culture.  Inspite of so much diversity they have been living harmoniously with each other.  This was also a great spiritual experience as well with visits to a numerous historical temples with their fantastic architecture.

The Detailed Itinerary of Gujarat Visit

The Air India Flight No AI019 took off from IGI Airport at 0515h and landed at Ahmadabad Airport at 0645h.  After collecting our baggage we hired a tourist bus from there.  We decided to spend two days at Ahmadabad at the end of our trip of Gujarat before leaving for Delhi.  The road distance from Ahmadabad to Jamnagar is approx 305 kms.  It took appx 7 hours to reach Jamnagar.   We stayed at Hotel President, in the heart of the city. After having lunch at the hotel, we left for a sightseeing trip. Jamnagar is a small city with few attractions.  Dinner and night stay was at the hotel in Jamnagar.

We left for our next destination which is Dwarka. We were all exited as Dwarka is an ancient city associated with Lord Krishna.  Dwarka is only 132 kms from Jamnagar. Our stay was at hotel Goverdhan Greens Resort.  The hotel is located approx 8-9 kms away from the hustle and bustle of the Dwarka town.  It is a fantastic hotel with a nice swimming pool.  The staff here are courteous, friendly and very helpful.  In the evening we went for darshan of Lord Dwarkadeesh.  After seeking blessings of Lord Krishna the group returned to the hotel with Prasad for their family and relations.  The biggest disappointment was the garbage all around.

After breakfast, we all went for a vsit to Bet Dwarka.  To reach Bet Dwarka, one has to take a ferry boat.  The ferry boat journey was a great experience with birds flying all around overhead and people feeding them.  The view all around was fantastic.  Everyone made full use of their cameras.  Bet Dwarka is an inhabited island at the mouth of Gulf of Kutch, 3 kms off the coast of Okha Gujarat.  It is considered part of the ancient city of Dwarka.  The island is situated 30 kms north of the town of Dwarka.  The participants had darshan at the Dhwarkadhish Temple and Shri Keshavraiji which are the major temples of Krishna here.  Hanuman Dandi and Vaishnav Mahaprabhu Bethak are also pilgrimage places.

Bet Dwarka has a great archaeological significance as well.  Around 1930s, Hiranand Shastri carried out excavation behind Dhingeshwar temple near Neelkanth temple. He found Mauryan era structures and the Brahmi script inscription on potshred, ‘Nandakdas’. During the investigation In 1980s, the remains of earthen pots and other artifacts of Late Harappan period were found near Sidi Bawa Peer Dargah. In 1982, a 580 meter long protection wall dated 1500 BC was found which believed to be damaged and submerged following seastorm. The artifacts recovered include a Late Harappan seal, an inscribed jar and the mould of coppersmith, a copper fishhook. The shipwrecks and stone anchors found during excavations suggested the historic trade relation with Romans. The temples on the island are built around end of eighteenth century.
In the evening we also visit other places of interest in and around close vicinity of Dwarka.

DIU TO AHMEDABAD.  The distance from Diu to Ahmedabad is 365 kms.   It was a very long and tiring journey.  Just 60 kms short of Ahmedabad is the ruins of the ancient town of Lothal dating to 3700 BC.  The group had the opportunity to visit this site. Lothal was an ancient port town discovered by the ASI in 1954 and excavated in 1955 to 1960.  We reached Ahmedabad at around 2030 hours. The stay was at Hotel Country Inns andSuits.    Nobody was in the mood to do anything other than have dinner and relax.

Today we went to see an NGO where an institute imparting various technical courses to blind students is being run. We also had an opportunity to experience the world of a blind people.  For this we were taken for the “Vision in the Dark” experience.  Next visit was Gandhi’s Sabarmati Ashram.  Thereafter we left for one last important assignment which is shopping for the family as Ahmedabad is famous for clothes.  We are back in our hotel by 2030 hours.

AHMEDABAD TO DELHI.  It is time to end our wonderful journey of the state of Gujarat.  Air India Flight No AI018 takes us all back to Delhi where we reach by 0840 hrs.