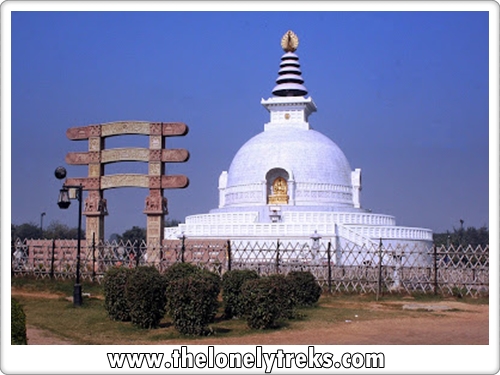 Where is the Millennium Park, Delhi

There is a famous landmark called the Vishwa Shanti Stupa or peace pagoda, which is also located at Millenium Park. This magnificent stupa was unveiled by HH the Dalai Lama on November 20th, 2008 in the presence of monks and nuns of Nipponzan Myohoji. The beautiful stupa is built with white marble and has a golden summit, standing at 28 meters in height. The design of this stupa was inspired by the world-famous Stupa at Sanchi in Madhya Pradesh. One can also see a beautiful traditional Japanese garden, around the stupa, which is a joint project by the Fujii Guruji Vishwa Shanti Stupa Committee and the Delhi Development Authority.

The Vishwa Shanti Stupa at Millenium Park, New Delhi is the 74th in the series of stupas or pagodas all around the world. It is dedicated to spreading the message of peace and ahimsa given by the Guru Nishidatsu Fuji. Nishidatsu Fuji came to India in 1931 and became a close friend of Mahatma Gandhi. Gandhiji named him Fuji Guruji. Nishidatsu Fuji. also set up the Japanese Buddhist order of Nipponzan Myohoji.