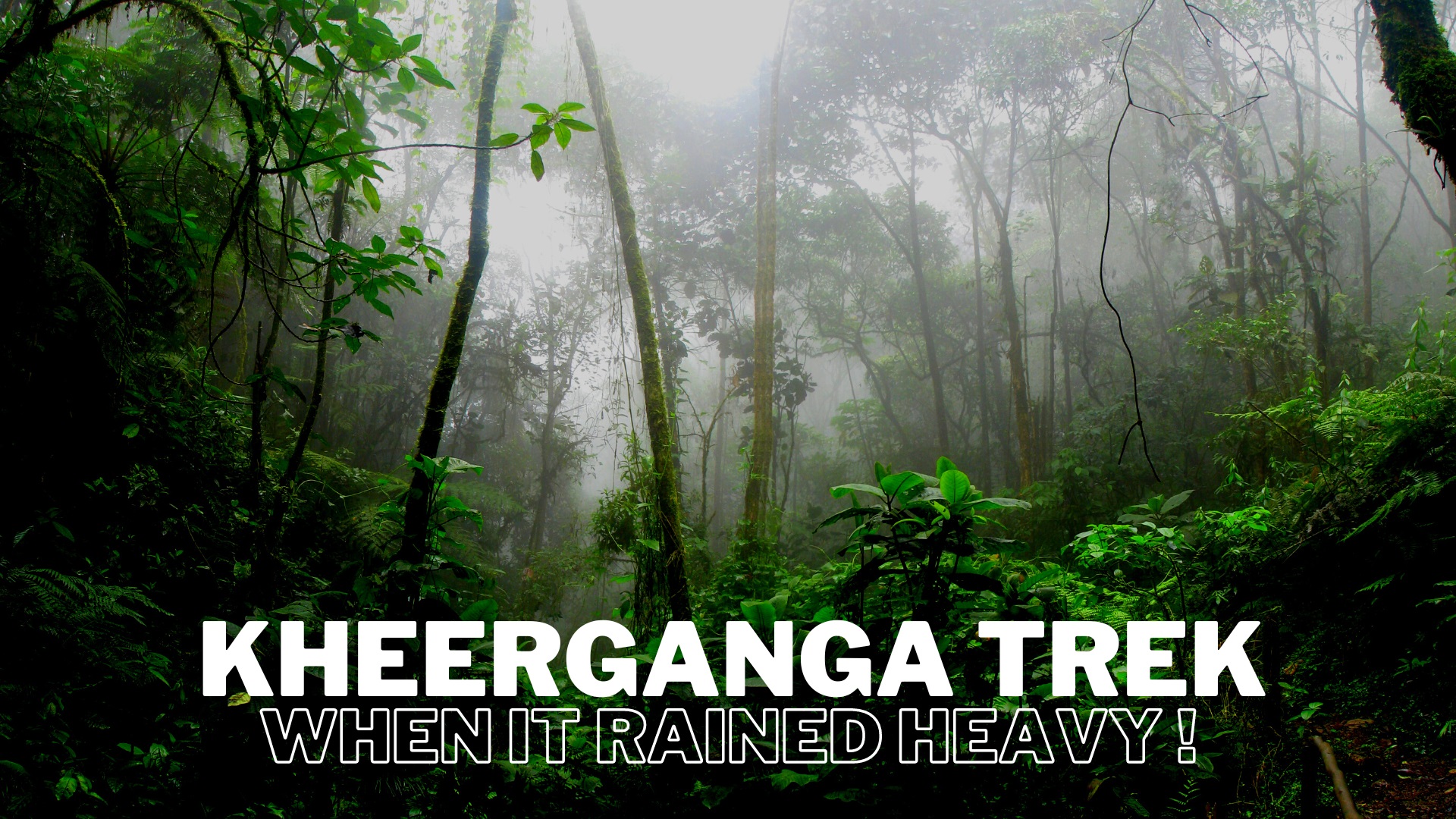 The Parvati Valley is one of the most picturesque and beautiful regions of Himachal Pradesh. A thick alpine forest covers the entire valley with the Parvati river fllowing in the middle. Parvati river ultimately meets the Beas river at Bhuntar.

Kheerganga trek in the Parvati Valley is an invigorating trekking experience, which not only unveils the stunning terrain of the Himalayas but also gives you a chance to see and observe life and culture of the people living here. If you want there are plenty of villages to visit and infinite opportunities to click pictures with the snow-capped peaks in the background.

I had always wanted to do the Kheerganga trek and thanks to Thrillophilia I got this opportunity in April 2022.

This is the Itinerary that I followed for my Kheerganga Trek

Day 1 : Reached Bhuntar from Delhi at 930 am. Crossed over to the other side of the bridge and waited for the local bus. Reached Kasol comfortably and reported at the camp at 1130 hours.

Day 2. After breakfast, we took a shared taxi at 9 am and reached Barshaini after one hour’s drive. A brief intro about the trek was given by our trek leader Shri Dhruv. We were also required to fill an “Indemnity Bond” which exempts the company from any damages or liabilities in case of accidents/ calamities etc.

The thrilling Kheerganga trek began from the small village of Barshaini, situated on the banks of the serene Parvati River. After walking for a km or so we crossed a bridge on the river Parvati and reached the other side of the Valley. It is from here that the actual climb begins. The entire stretch of the trekking trail was through dense alpine forest and what a treat to behold those majestic sights of nature. There are a number of small tented cafes and restaurants where one can have tea, coffee, toast, eggs, maggie, and such stuff though the cost is a bit on the higher side.

The halt for the lunch point is at a beautiful place where there are again a number of cafes. There is also a stream flowing which gives the entire place a nice look. After lunch as soon as we got up to continue the trek, there was a heavy downpour and we had to halt for more than an hour. The rain subsided but it was still drizzling. If we don’t move now it will soon be dark. With that in mind, we pushed on.

We were told by our trek leader Dhruv that the hardest climb is the stretch which is just before one reaches the campsite of Kheerganga. It really was a bit hard with the ground below your slippery and darkness engulfing slowly. Finally after climbing a ridge lo and behold the beautiful sight of the Kheerganga Campsite. By the time I reached the Red Rose Camp, I was soaked in rain. A comfortable large alpine tent was allotted to me and later on, dinner was served in one of the tents. In spite of the inclement weather, the food served was delicious and hot. Imagine hot chapatis and rice at this altitude.

Day 3. Woke up to clear weather with a blue sky. The mountain tops were covered with snow. Time to take a dip in the hot sulphur spring. After the refreshing bath and breakfast, time for the return trip to Barshaini and thence on to Kasol.  On the way booked the 2230 bus for Delhi from Kasol. The adventure does not stop until you reach your home. The kheerganga Trek was smooth, enjoyable and memorable.

There are a number of waterfalls while doing the Kheerganga Trek.  The main kheerganga waterfall is  the Rudranag Devta Waterfall.  This is an amazing waterfall and a must visit place while doing this trek.  Spend some time at this beautiful location, visit the Rudranag temple.   Perfect place for photography.

The best time to visit Kheerganga is from March to June. This is the safest time and the weather in these months is also pleasant and cool, perfect for an adventure.  The trek can however be done in other months however it is advisable to avoid this place during July to September when it rains.  Those who want to see snowfall can do the trek in January and early February.

Kheerganga trek temperature during summer ranges between 22°C to 32°C.